See, I told you I'd do better...2 posts in 2 days! Eric and his friend Josh ran the Lincoln Half Marathon again this morning, so I packed up the kids and was determined to catch them running. We planned out where to meet at a couple of different spots throughout the course, and wouldn't you know it, I missed them. Apparently, they started sooner than expected and ran faster than they thought they would, so I was late to the first spot. My sister and her family met us there to watch, so we had fun cheering on some runners. By the time we figured out that they weren't coming, it was pretty much too late to meet them at the next spot. We decided to just skip down to the stadium to try to meet them at the finish line. And when I say skip down, I mean sit in traffic waiting for runners to cross the street. Driving around that area during the race is next to impossible. So, long story short, I made it downtown about the same time that Eric and Josh got into their car to head home. It was extremely frustrating, but the kids were great and didn't hardly complain. We stopped for donuts on the way home...watching all those people running made me hungry! 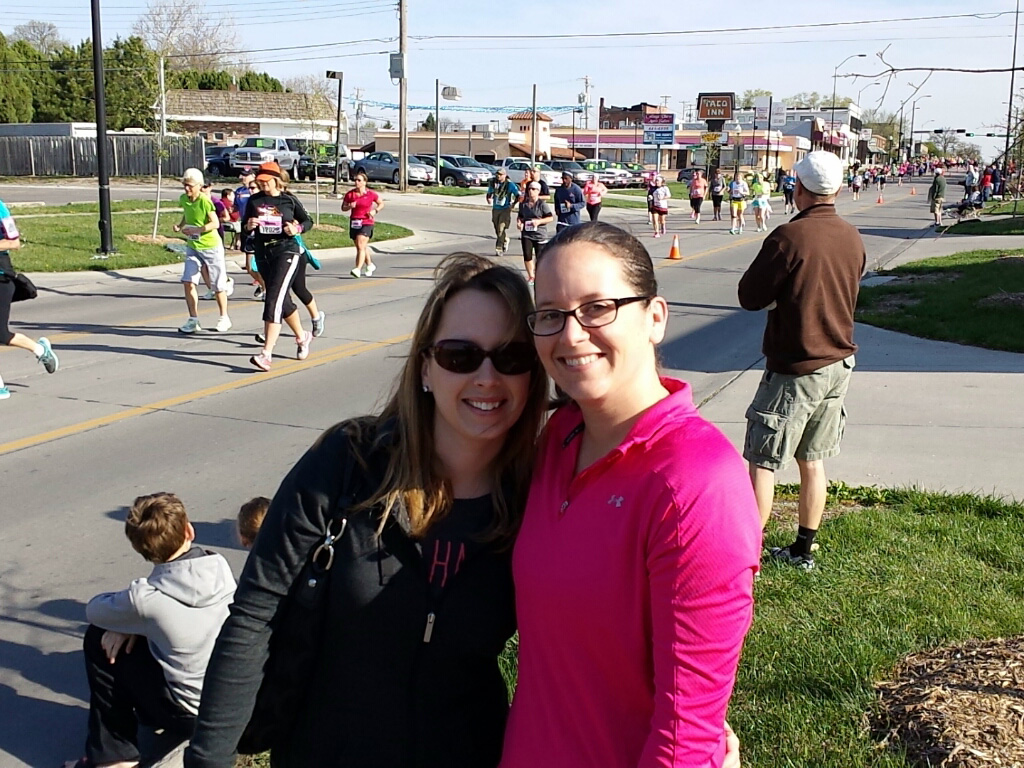 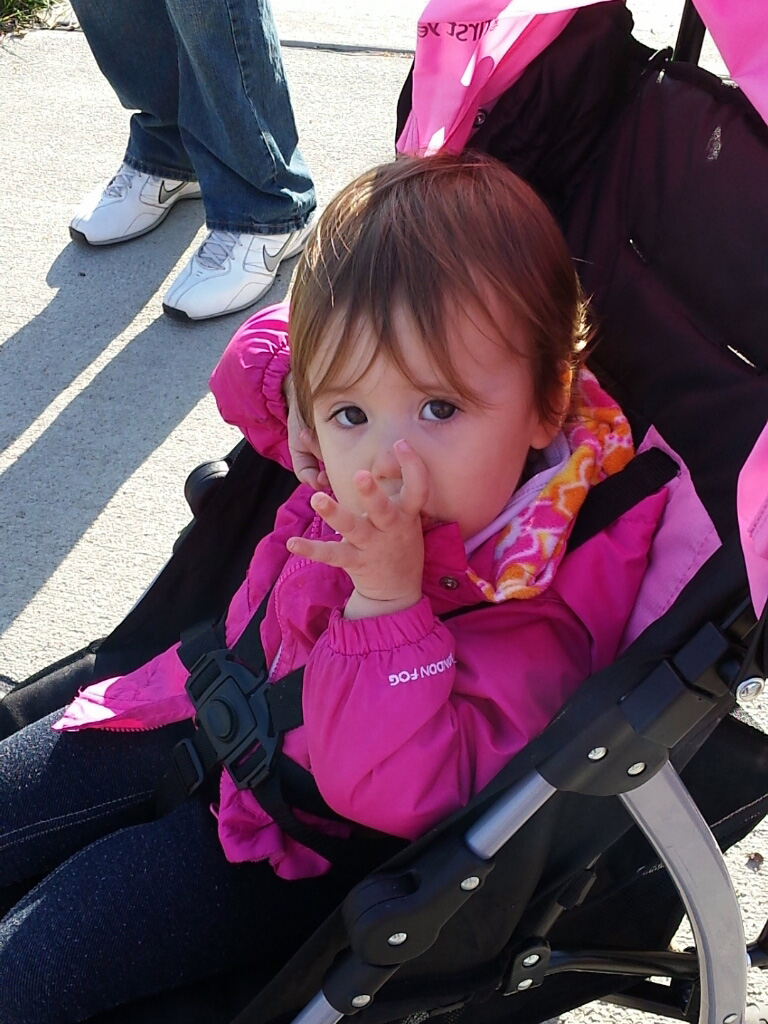 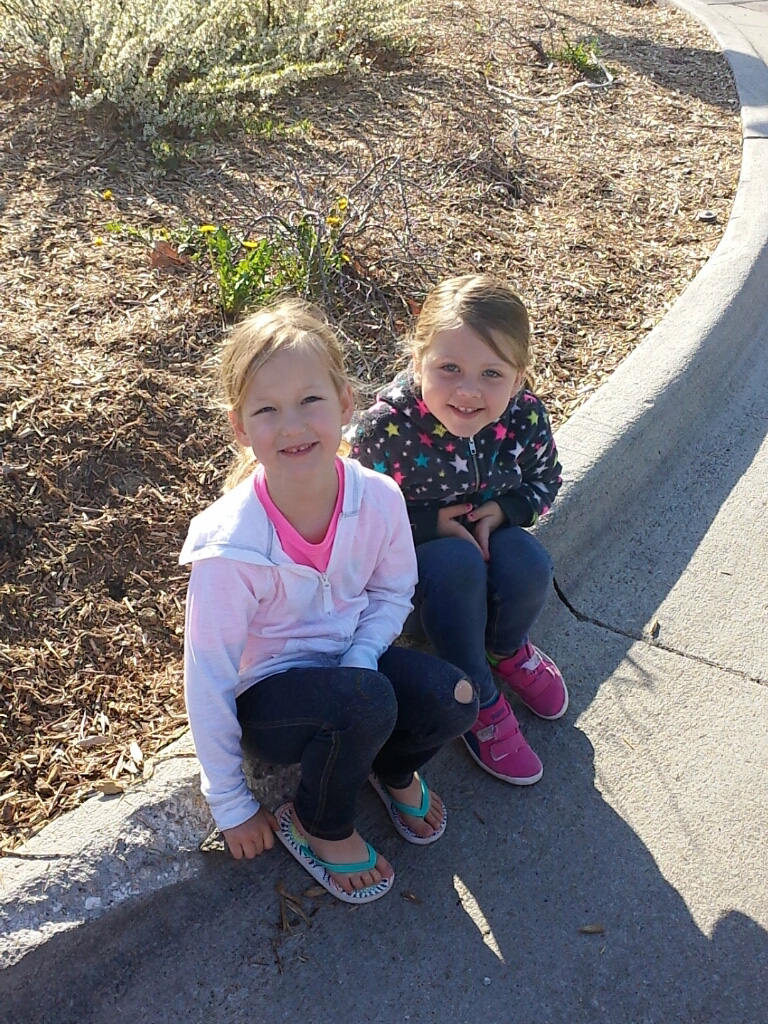 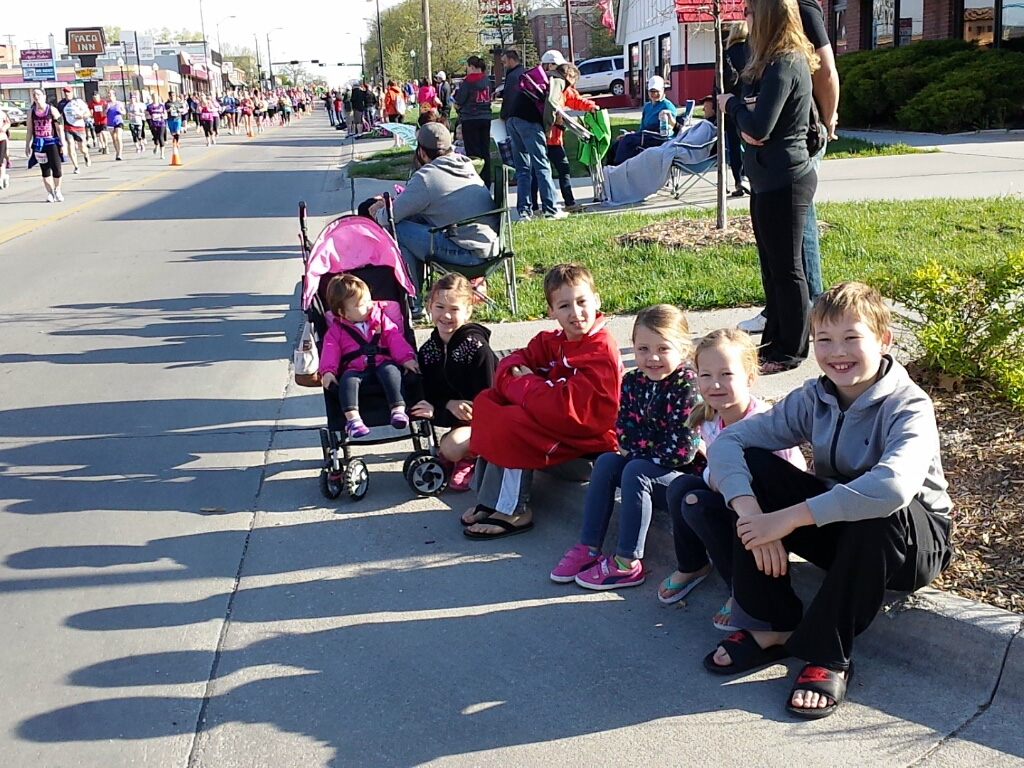 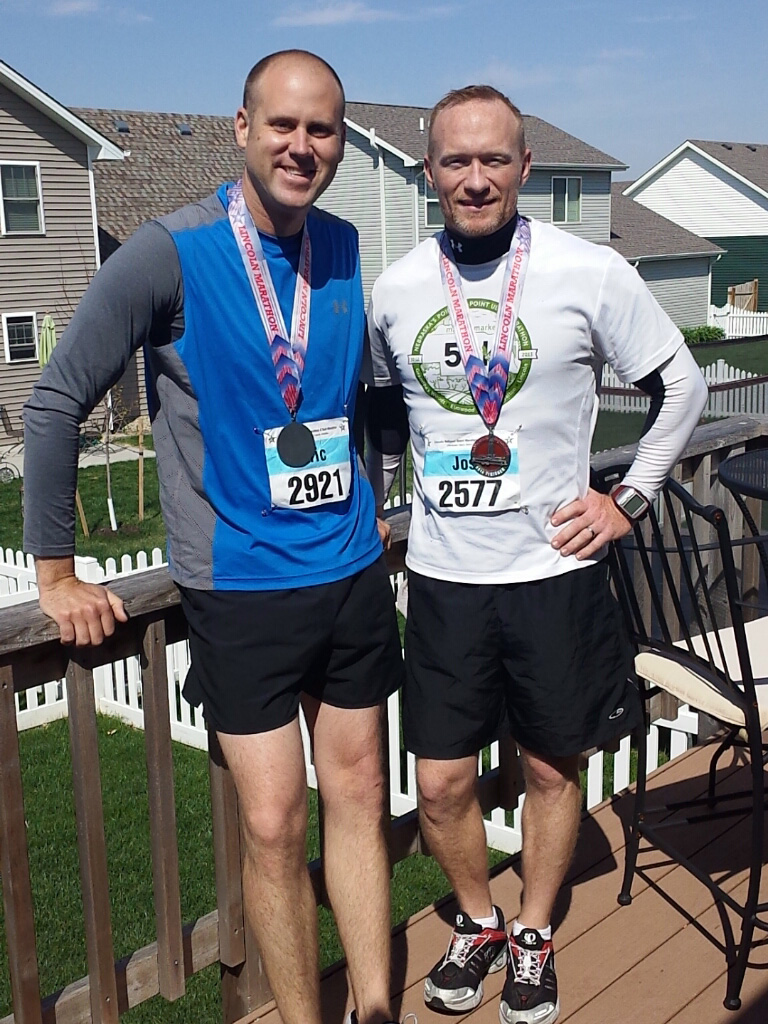