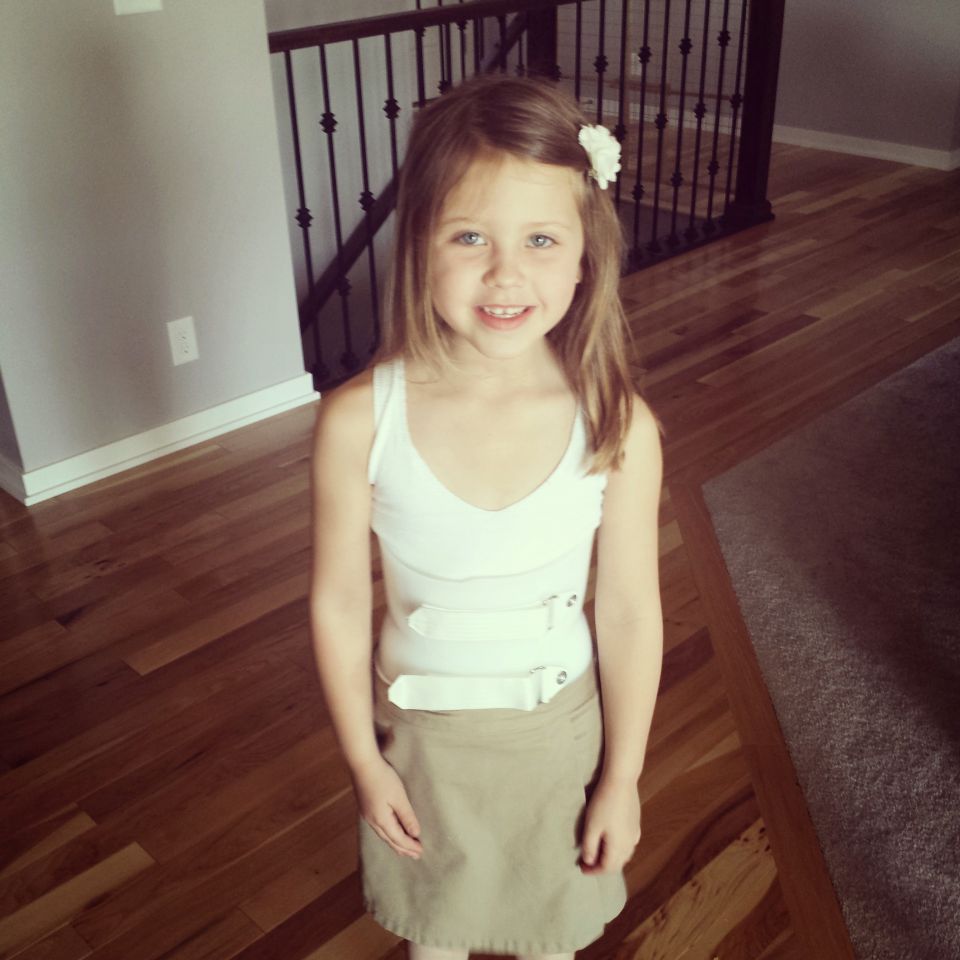 Pardon the lame blog title, I get so tired of trying to think up something clever. I meant to post something about Ada's brace that she started wearing on March 16th, and here we are almost a month later and I'm just getting around to it. She was so excited to get the damn thing and I didn't have the heart to tell her that it wasn't all that exciting. Well she practically floated out of the doctor's office, thrilled to go show all of her friends her new plastic armor.

Two minutes into the car ride back to school, she had a meltdown. "Mom! It's too tight! It itches! It hurts!". After about 10 minutes of screaming about it, she just stops and says "Mom, I'm okay now". So she said the first day went well and everyone loved it and wanted to see it. I kept thinking that would wear off and soon she'd be dreading the brace. Well, she wears it night and day and doesn't complain a bit. It's hard to tell if it's doing any good since one day she'll say her back feels better and the next she'll say something vague like, "Kinda?". She has to wear it until the middle of June, so I hope she continues her cooperative attitude.

One thing I'm not sure about is what the next step is. I sure hope we don't have to do any more tests at the hospital. The bill for that last scan, before insurance, was over $3,000...just for the scan! Not to mention the most expensive ($2,000) piece of plastic I ever hope to purchase. We haven't received the bills from the doctors yet, but hopefully we'll hit her deductible by that time anyway. Oh well, it's only money and you can't take it with you...right?