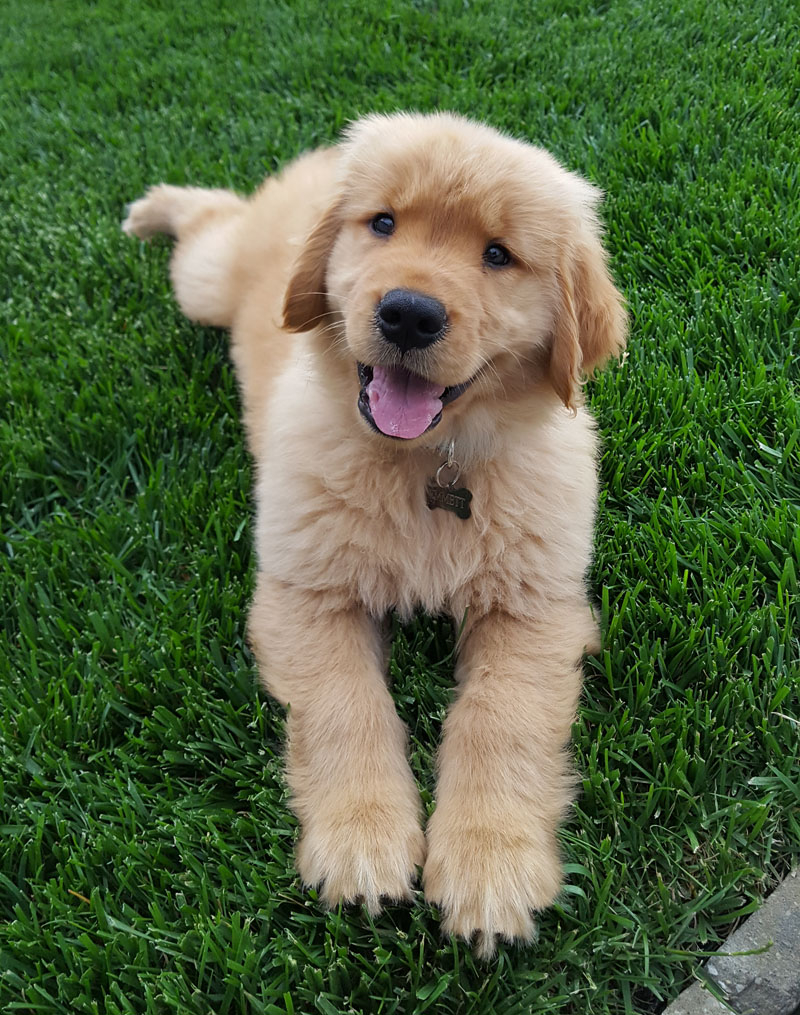 This year for Mother's Day I got a puppy! His name is Emmett and he's the cutest thing you'll ever see. We'd been on a waiting list for a dog from PrairieWyn in Pacific Junction, IA since last March. As annoyed as I was waiting that long, I think it was a good thing. The weather has been much better now than it would've been in November and with Eve being a little older has made it nicer, too.

He was born on my older brother's birthday, March 18th and we picked him up on Friday, May 12th. I had to miss my niece's graduation party because this was the only day we could pick him up and I didn't want to spend 4 hours in the car with this 8-week old puppy (sorry, Katie). So, Eric took all the girls to Kearney and I stayed home alone with Emmett. The first 3 nights were kinda rough, but honestly, that was it! He sleeps in his kennel so well and only starts whining around 6:30 or 7 am. He'll go to the door and paw at it when he needs to relieve himself and he already knows how to sit, shake, lay down and roll over. Don't get me wrong, he's super naughty when he wants to be. He loves to bite anything and everything and we're all hoping he gets over that quickly. I take that back, he doesn't bite Eric....he looooooves Eric.

He was around 14 lbs when he brought him home and is probably close to 30 now. He seems to grow every day and is starting to lose his puppy fur and teeth. I am sad that this phase goes so fast, but it will be nice when he can just be around us hanging out instead of biting everything and getting into trouble. We sure do love him already.